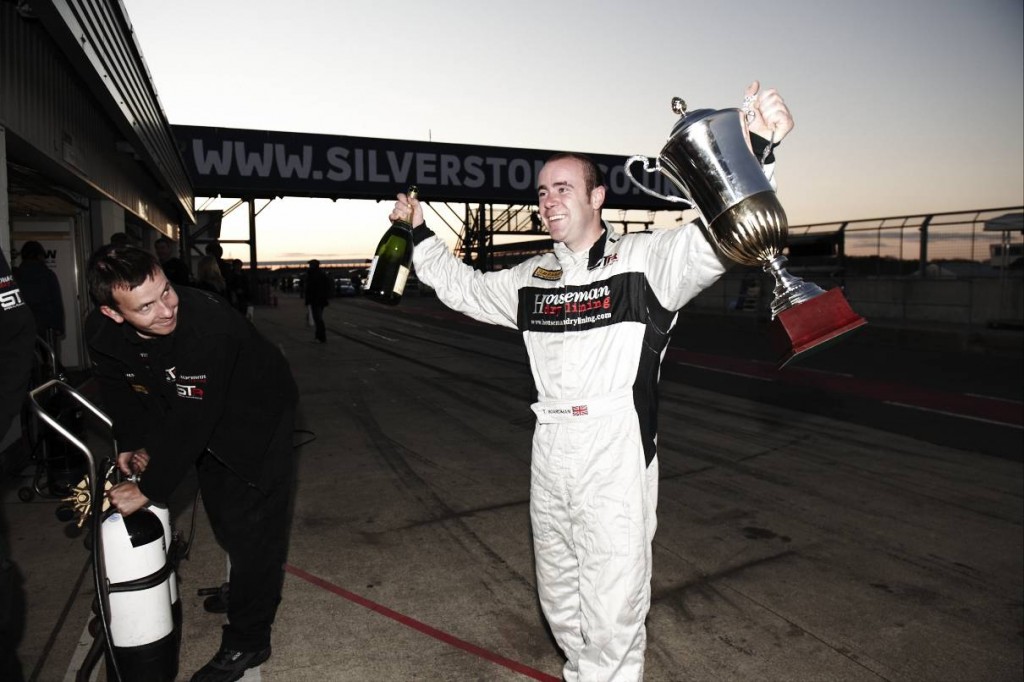 Tom ends the season on a high 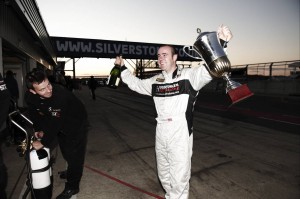 Tom Boardman and Special Tuning Racing enjoyed their most competitive showing at Silverstone last Sunday in the final round of the Dunlop MSA British Touring Car Championship. A third place finish for Tom, four top-tens for the team and two career-best finishes for Tom’s team-mate sealed off a superb weekend for the team.

It wasn’t the start to the weekend that Tom was hoping for though. Starting from tenth in the first of the day’s races, he looked to be going well and had got the upper-hand on local rival Frank Wrathall off the line. Unsettled by the car’s race set-up though, he lost a couple of places five laps later, dropping to twelfth position. Up to eighth following two incidents up front, he saw an opportunity to leap up to sixth when his team-mate made contact with another driver ahead. But as he dived through, Rob Collard’s BMW came alongside him and exiting the corner, Collard struck Tom’s rear wheel and the impact broke the SEAT’s rear suspension, ending Tom’s race.

Tom has certainly made great starts one of his trade-mark moves this season and it was no different here. Following the non-finish in race one, he started the second from 23rd, climbing ten places to 13th in the space of just one lap. Despite a close call on the second lap, he continued his ascent, moving into eighth by lap six. With the SEAT showing incredible pace, it wasn’t long before he had moved into sixth. When the safety car was called for an incident on lap 14, the pack closed up, and Tom came under pressure from 2010 champion Jason Plato over the final couple of laps. Tom firmly held on though, and crossed the finish line in sixth place.

After the race, Tom said: “That has to be one of the best races I’ve had all season! I know my win at Knockhill was good, but that felt great. The car was perfect, everything felt just right.”

“The main aim had been just to get in to the top-ten, although I didn’t honestly think I was going to do it. But I just relaxed and got a really good start. Everyone seemed to be going everywhere at the start and I was counting down the laps seeing the numbers tumble on my pit-board. It all just came together. Good race, good result. We’ve turned the weekend around now. It’s perfect for the team!”

As a result of the top-nine driver reverse grid, Tom started the third race in fourth, determined to finish the final race of the season on a high. He made a strong start, but was immediately entangled in a brawl with the Vectra of Andrew Jordan. As the two duelled for fourth, Tom ran wide out of Becketts, but made an incredible save to keep the position. With the momentum behind him, Tom’s was the fastest car in the early stages and he passed Alex MacDowall on lap three for third – a potential podium finish beckoning. Despite MacDowall’s best efforts, hustling him for several laps, Tom held his ground brilliantly, finishing in a thoroughly-deserved third place.

After the race, an ecstatic Tom said: “Just fantastic! I’m over the moon. Obviously, it wasn’t a win but it feels like one. To come out of the final race of the season with a third, I’m well happy. I wish that it had been like that all season! We’ve had our ups and downs this year and a lot of bad luck, but we’ve definitely proved that we’ve got two real competitive cars. I think if they give us a bit of leeway to develop our engines, we can definitely be fighting for the championship next year.”