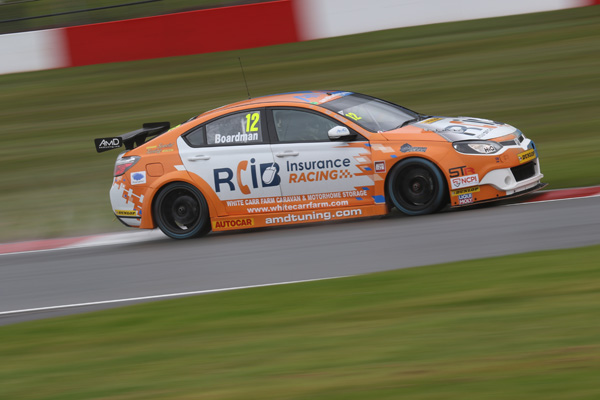 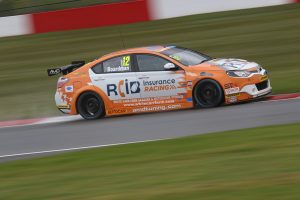 Tom travelled to Donington Park looking to build on his successful return to the BTCC. Still learning about the MG6 Tom struggled in qualification only managing 29th spot on the grid. Tom is no stranger to overtaking the cars in front though so he knew the first race would be a great opportunity to show off this Skill and he certainly did not disappoint. He quickly made up places and made up 12 places to find himself behind team mate Rory Butcher with a couple of laps to go. On the last lap he managed to pass his team mate to come in 16th overall and 9th in the independents. This also produced good points in the Dunlop Forever Forward table. The second race saw more independent points with a 12th place (17th overall) and coming into the last race Tom was looking to build on this and keep his independent points haul consistent. However it was not to be as in the midst of some good close racing Tom was pushed off into the gravel and his weekend ended in disappointing fashion.

“Very disappointing really” said Tom after the weekend. “I couldn’t workout where i was going wrong in qualification but I was happy to make up the places int he first race. I really want to be consistent in scoring points, so to be hit and put out of the last race was difficult to take. I am really looking forward though to Thruxton where I can get back to points scoring”