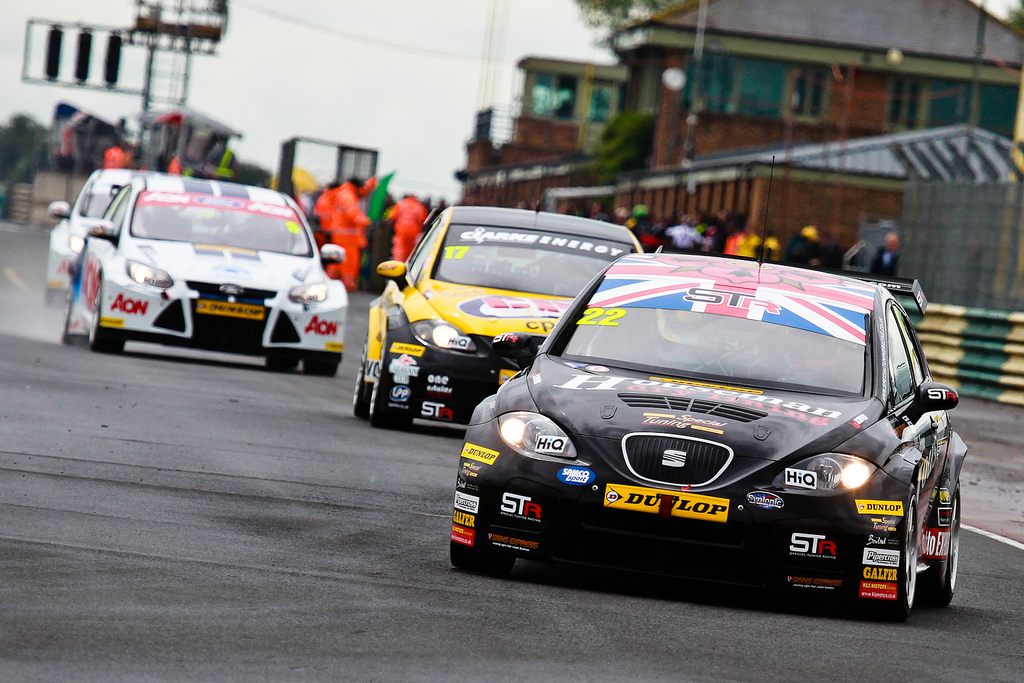 Round 5 Challenging day for Tom at Croft 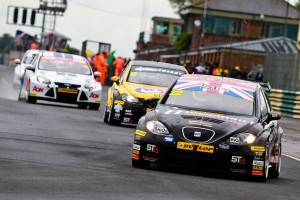 It was a difficult weekend for Tom, but he was still pleased with the performance of the SEAT Leon, recording a top-ten finish in the fifth round of the Dunlop MSA British Touring Car Championship at the Croft circuit in North Yorkshire.

Having qualified outside of the top ten, Tom had it all to do in race one. With varying track conditions, his decision to start the race on full wets following an earlier downpour, immediately paid off as he picked off four cars on the opening lap and a further place on the second.

An impressive 15-lap contest developed between Tom and Cumbrian driver Alex MacDowall, with great bumper-to-bumper action as Tom held the Chevrolet Cruze at bay. Even when the safety car was deployed on lap eight, the pair raced right up to the line.

With the safety car closing the gap, he got a good get-away at the restart. But with the track rapidly drying, his wet tyres were becoming increasingly worn and over the final laps, three pursuing cars all running slicks, seized position from Tom. He went on to finish in a solid tenth place, picking up a vital championship point.

Speaking after the first race, Tom said: “My drive in the first race was good, and if it hadn’t been for the safety car adding extra laps to a drying circuit, my tyres wouldn’t have gone off as much, and I would have finished a couple of places higher.”

With drier conditions for the second race, Tom was determined to put in an even stronger performance. He made another of his trademark fantastic starts, and by the third lap, had moved from tenth to eighth.

He was fortunate to still be on the track though, having skilfully avoided an incident in front of him as the Vauxhall Vectra ahead came to a standstill in the middle of the track, after a spin which almost wiped Tom out.

But Tom’s luck was to run out on lap four. Approaching the chicane, he hit a stray tyre barrier, spinning backwards off the circuit. The incident damaged the front wing, broke the car’s front suspension and resulted in a two-lap safety car intervention to retrieve the stricken SEAT.

“I was pressing very well in the second race, really pushing right up to the drivers ahead, which ultimately led to me clipping the tyres in the chicane and ending my race,” said Tom.

The Special Tuning Racing mechanics worked miracles to patch up Tom’s battered car and he was able to make it out for the third race, albeit starting from 23rd. Another strong start saw him move up the grid, although he was again forced to take another early slice of evasive action to avoid a collision ahead of him.

Benefiting from the skirmish he advanced into 19th place. But on lap ten, up to 16th, a gearbox issue abruptly brought Tom’s race to an end and he retired to the pits.

Speaking after the final race, team principal John Boardman said: “There were quite a few positives to take away from the weekend. Despite only having 24hrs notice of a further boost reduction to Tom’s turbo engine, we still had good speed. The team once again proved they can match the bigger teams and managed to have the car ready for the final race of the day despite the damage. We will now use the time we have off before the next round to work on the engine reflecting the new boost levels.”