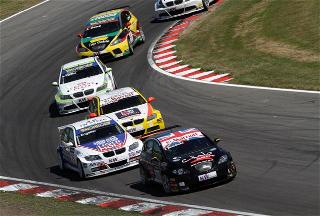 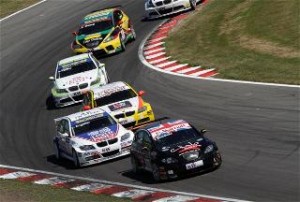 Current British Touring Car star Tom Boardman returned to World Touring Car action in the UK round of the FIA World Touring Car Championship (WTCC) at Brands Hatch last weekend, putting in a solid performance and showing just why the Lancashire driver has established himself as one of the country’s top racing drivers.

Tom, whose outstanding race CV boasts considerable international experience, took part in the full 2009 WTCC season, claiming his best result at Brands Hatch last year, when he won the Independents’ Trophy. So with the British Touring Car Championship (BTCC) currently enjoying a mid-season break, he got the opportunity to repeat his 2009 performance at the wheel of his Special Tuning (UK) prepared SEAT Leon TFSi, entered by SUNRED Engineering.

The weekend began well for Tom with good progress in the free practice sessions, but running wide on the exit of Sheene Curve in qualifying compromised the remainder of the session, leaving him in 18th place for the start of race one.

Race one got underway with a challenging rolling start, but Tom deftly made his way through the pack and was up in to 15th place by the end of the lap one. By lap three he had gained a further place after slipping past newcomer Carlos Bueno at Dingle Dell. Following a safety car period, an intense battle then developed between Tom and Franz Engstler in the BMW 320si with some sensational wheel to wheel racing for the final laps but Tom held off the season regular to finish in 13th place and a very impressive second place in the Independents category.

In an incident-packed opening lap to the second outing, Tom moved up a place from 14th place on the grid when Robert Dahlgren in the Volvo C30 pulled off on the warm up lap. The drama immediately unfolded on lap one and after avoiding a collision ahead of him which gained him another place, Tom then made sizeable contact with the SEAT Leon TDI of Tiago Monteiro at Clearways as it suddenly slowed with a mechanical problem, but luckily there appeared to be no noticeable damage to his SEAT Leon and with several other skirmishes in front of him he was able to capitalise and move up into ninth place. The battle in the Independents’ category continued to rage and he and Engstler picked up from where they left off in race one before Englstler was sent into a sideways spin giving Tom breathing space from the chasing pack. The factory BMW 320si of Augusto Farfus though eventually caught and passed him. Unfazed, Tom fought back, giving the Brazilian driver a tough time before disaster struck and the car’s steering rack failed sending Boardman hurtling through the gravel at Sheene curve. Although the incident ended his race, Tom and the other ‘wild card’ entry, Colin Turkington proved to be the quickest of the independent cars all weekend.

Following the race, Tom said: “It’s been really good to get back in to the WTCC and we’ve put in a really strong showing, second only to the WSR run BMW in the Independent class. I’ve really enjoyed the whole weekend and despite the broken steering rack in race two which was unfortunate, it’s been great to get back to racing and show people what I can do at this level.”

Tom will return to BTCC action at the Snetterton circuit in Norfolk for round six of the season on 8 August. For more information about Tom Boardman, the Special Tuning UK team and the Club SEAT Leon BTCC car visit www.club-seat.co.uk